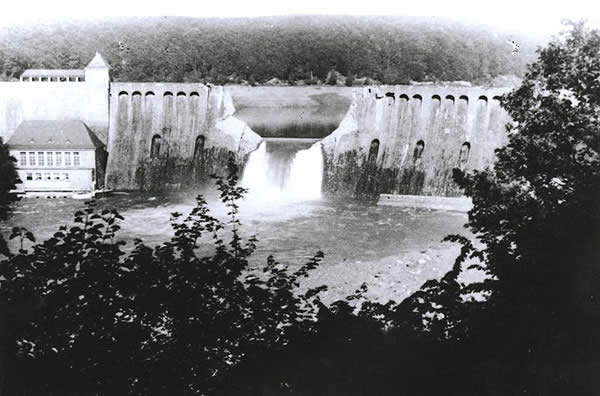 A TARGET FOUND AND A WEAPON CONCEIVED

At the outbreak of the Second World War, Dr. Barnes Wallis, designer of the Vicker's Wellington Bomber began to consider how he could help shorten the war. Although, engaged at the time in the design of the Vicker's Warwick, the planned replacement for the Wellington. Dr. Wallis began, in his spare time, to study the German industrial machine. These studies lead him to conclude that aerial bombardment of Germany's industrial system had some serious short comings. The most alarming of which was that no matter how many times a factory was attacked; it was merely a simple process to either rebuild it or better still, to disperse it over a wide area. The later making the task of permanently destroying the factory that more difficult. One thing did however, begin to become clear to Wallis. There was one area of German Industry that was impossible to relocate or disperse and that was his power sources: Coal Mines, Rumanian Oil Fields, Hydroelectric Dams.

After further investigation, Dr. Wallis quickly rejected the Coal Mines for these were to easily repaired. The Oil Fields too were also rejected simply because the the Royal Air Force did not possess an aircraft with the range to attack these distant targets. The hydroelectric dams however were different story.

Located in the heart of Germany's Industrial center, the Ruhr Valley, these dams supplied the majority of the electrical power and also controlled the water levels in canals that transported materials to and from the factories. Of the seven dams in the region, three stood out from the rest: the Moehne, the Eder, and the Sorpe. By breaching one or more of these not only would Germany's steel industry be seriously affected. But so too would his tank, locomotive, aircraft and gun manufacturing processes.

With the target now clear in his mind Wallis soon concluded that an attack using a conventional bomb was out of the question. A new and specialized weapon would be required.

By January 1943, Dr. Wallis had designed, tested and managed convince both the government and the Air Ministry that his weapon, now code named "Upkeep"; could effectively breach a dam.

Weighing almost 9500 lbs, Upkeep, was cylindrical in shape and was unique in the fact that it rotated backwards at 500 rpm during its release. The speed and altitude of the aircraft was also critical; these having to be maintained at precisely 220 m.p.h. and sixty feet respectively. If these requirements were meet and the weapon was released between 400 and 450 yards away from the dam wall. Then the weapon would literally skip across the surface of the water and over any torpedo nets until it struck the dam wall. With its forward momentum lost, the backwards rotation then forced the weapon to roll down the side of the dam wall; where it was detonated by a hydrostatic fuse at a predetermined depth. The actual breach was made by the combination of the shock wave generated by the explosion; followed by the immense weight of the water pressing against the weakened wall. 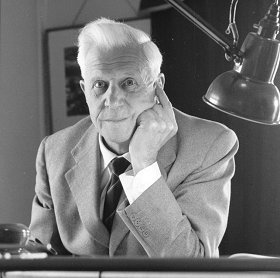 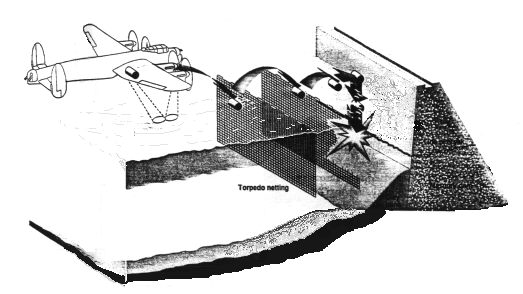