Each crew was required to fly straight and level after their bomb load had been dropped in order for a bombing photo to be taken. As the bombs were released a photo-flash flare was also released from the aircraft's flare chute, this set to ignite at a predefined altitude using a atmospheric fuse. At the same time as the bomb release a timer was started which ran down the seconds required for the flare to fall to the set altitude, as the timer ran out it activated the bombing camera's shutter and the bombing photo, which would show the aircraft's bombs striking the ground, was taken. Only after the photo had been taken could the pilot return to the weaving or be able to take evasive action.

The table below shows the time required for the Phot flash to fall and the photo to be take.

The equation used to determine the straight and level run time is: Time = Square Root of the Altitude divided by 4 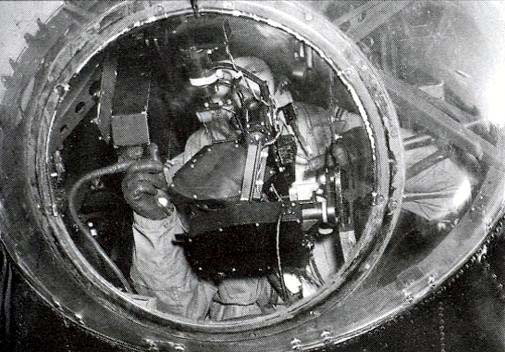