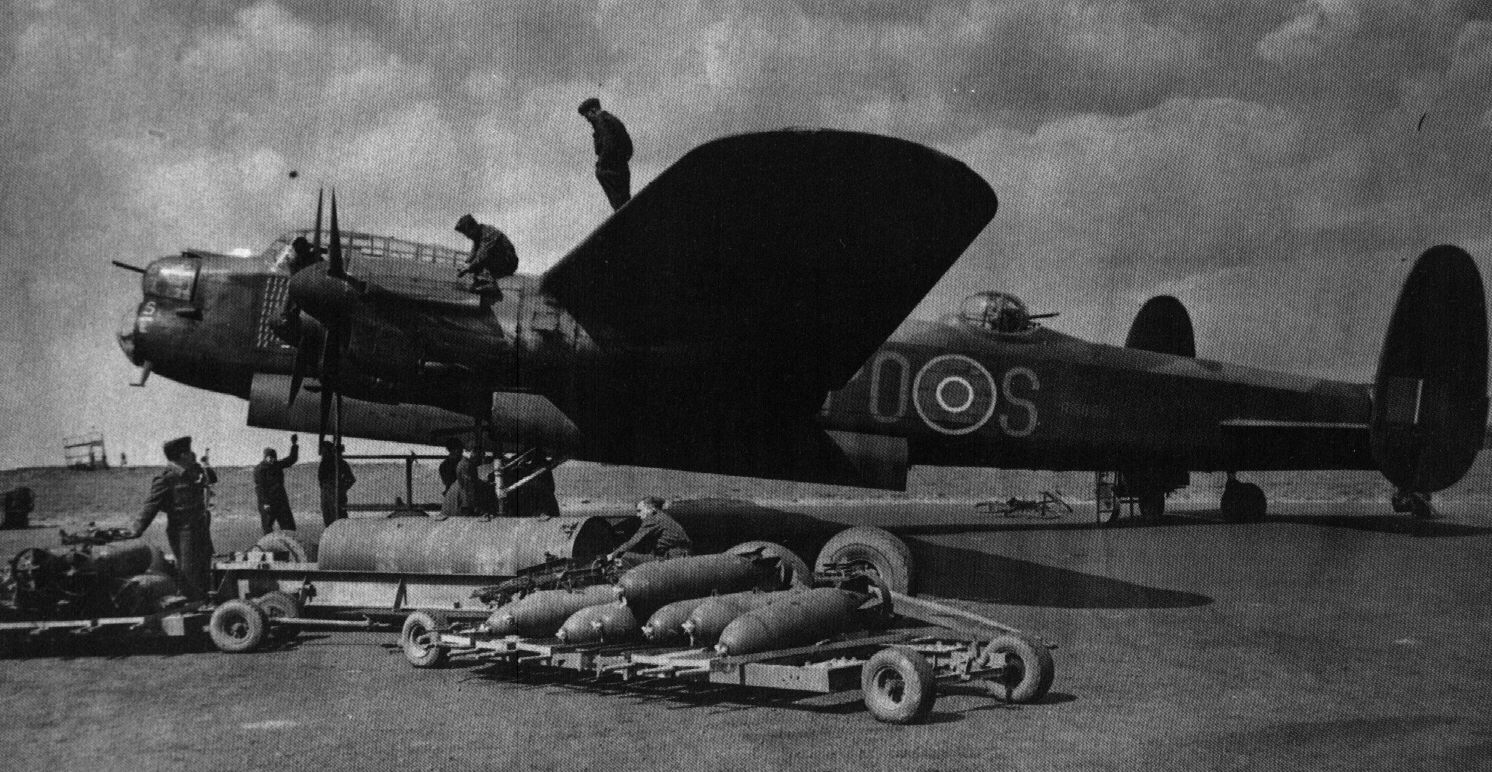 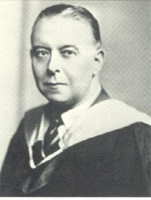 Even prior to any formal orders being received for the twin-engine Avro Manchester, Roy Chadwick, Avro's Chief Designer, had unofficially proposed a four-engine variant of the Manchester to the Air Ministry.

Although, the initial four-engine proposal was not given the total support of either Avro or the Air Ministry. With the Manchester design not fully finalized, a group of six draftsmen were assigned to the project. The Type 683 four-engine variant named Manchester Mk.III was already well under way long before the first Manchester rolled off of Avro's production lines.

The new design called for the use of the basically sound Manchester fuselage and center wing section. To which it was proposed to mount an increased main wing with a span that was initially to be 90'-0" (27.43 meters), this would later be increased to 102'-0" feet (31.09 meters.) The tail lane was also to be enlarged, but the early design retained the Manchester's tri-fin design. This to would be revised shortly after the first flight of prototype and would also include the deletion of the central fin and an increase in the size of the twin rudders.

With the initial design nearing completion; design calculations showed that the four-engine Manchester, which was now unofficially being referred to as the Lancaster, showed significant improvement in performance over the twin-engine version. The design team surmised that even with a new all up weight of nearing 58,600 lbs, the aircraft would be capable of reaching a top speed slightly over 300 mph at 18,000 feet and a have a bomb lifting capacity of 12,000 lbs.

By August 1940, correspondence between senior members of Avro, Avro's sub-contractors and the Air Ministry reveal all parties were actually discussing the new four-engine design. But as yet no commitment had made towards producing a prototype aircraft.

At about the same time as the correspondence discussing the new Manchester version was occurring. A decision was made high in governmental echelons that the entire bomber force should be equipped entirely with four-engine types.

Within twenty-four hours of this decision being made, a letter arrived at the Air Ministry suggesting that once the original order for the two hundred twin-engine Manchester's, currently under production with Avro, was completed. The entire Avro manufacturing facility should be converted for production of the Handley-Page Halifax.

This suggestion can only have been received in the most unfavourable way by the management of Avro. As their reaction was immediate and they submitted a counter-proposal to the Air Ministry for the production of the four-engine Manchester variant.

The speed by which Avro was able to react the Air Ministry's suggestion that they convert to the manufacture of the Halifax. Makes two things obvious.

Once again Avro was quick off the mark. Deciding, that in order to speed up the development of the Mk.III an existing Manchester Mk.I airframe complete with its then standard central tail fin and 22'-0" span tail plane assembly, should be used. One was quickly allocated and soon removed from the production line for conversion and it was not long before the revised main wing assembly complete with its four Merlin engines was mated and the aircraft made ready for flight.

On January 9th, 1941, only six weeks after the preparations had begun, the first prototype Manchester Mk.III (BT308) took to the air. Initial test flight reports were good, with the only comment being that the aircraft lacked directional stability. This observation was not unsurprising as it will be recalled that the original design Mk.III design required the tail plane to be modified to a 39'-0" span twin rudder configuration.

The second prototype DG595, which represented the production version of the Mk.III quickly followed and first took to the air on May 13, 1941 and was soon joined BT308 at the A&AEE testing facilities at Boscombe Down, for flight and operational trails.

As testing continued and with results proving to be favourable and in some case actually exceeding those originally estimated. A decisions was made to officially renamed the aircraft Lancaster Mk.I. The decision must have been partly made with the hope that this promising new aircraft could begin its service life with a clean slate; rather than being introduced under the tarnished image of the Manchester.

The first Royal Air Force squadron to re-equip with the Lancaster was No. 44 Squadron based at Waddington in December 1941. The squadron in fact had the received the first prototype BT308 on strength in September for crew training. But this one aircraft could hardly be considered a total re-equipment of an operational squadron. No. 44 Squadron also had the honour of launching the first Lancaster offensive sorties, these being against Essen on the night of 10/11 March 1942.

Four major Lancaster variants were produced namely the Mk.I, Mk.II, Mk.III and the Canadian built Mk.X. Although, specialised variants and marks were also manufactured and included:

The Mk.I and Mk.III Specials which were both cleared to carry bomb loads in excess of 12,000 lbs, but were restricted to flying with an maximum all up flying weight of 72,000 lbs.

Examples of their use included: the attack the Ruhr Dams with the bouncing bomb, attacks on specialised targets such as the Battleship Tirpitz and underground flying bomb storage sites; using the 22,000 lbs Grand Slam and the 12,000 lbs. Tallboy bombs respectively. All three of "special" weapons being designed by Barnes Wallis.

The Mk.VI was produced for operational trails of the Rolls-Royce Merlin 85 and 87 engines. Only ten such aircraft were ever built, but served with several operational squadrons and took part in offensive operations.

The Mk.VII(FE) was primarily designated for use with Tiger Force and operate in the Far East against Japan. Although most of the modifications were to allow the aircraft to operate in the extreme weather conditions that the Far East theatre would demand. This variant also included the installation a mid-upper turret equipped with twin .50 calibre machine guns.

Other minor variants also existed, but by and large none of these saw significant operational wartime service.

In total Lancaster Squadron's carried out 156,308 operational sorties dropping 604,612 tons of bombs, 51,513,105 incendiaries and laid over 12,000 sea mines. However, the aircraft's finest hours may have come in "non-offensive" operations just as the war was either about too or had just come to a close.

The first of these was during Operation Manna where Lancaster Squadron's dispatched a total of 3,156 sorties to drop 6,684 tons of food supplies to the starving Dutch in May 1945.

The second Operation Dodge, saw many of the Lancaster Squadron's tasked to perform another act of humanity. Although, this time its was to return Allied Prisoners of War from various locations throughout Europe back to England. In a period of 24 days, a total of 2,900 round trips were flown and 74,000 ex-POW's were returned.

With the end of hostilities both in Europe and the Far East, the Lancaster was by no means finished in its service to the various Air Forces who operated them. The RAF continued to use the aircraft in various rolls including photographic and maritime reconnaissance up until October 1956. The Royal Canadian Air Force, who flew back many of the surviving Mk.X's to Canada, also continued to use the aircraft again in photographic and maritime rolls until the late 1950's.

Additionally, surplus aircraft, some almost brand new, were sold to the Air Forces of Argentina, Egypt and France. Where they were to be used a variety of rolls until replaced by newer aircraft types. Other's still were sold to private companies and were converted for use as airliners, transports, jet engine test beds or were equipped to act as mid-air refuelling tankers.

Today only 26 identifiable airframes are known to exist in the world. Of these only two, The Battle of Britain Memorial Flight's PA474 and the Canadian War Plane Heritage Mynarski Lancaster FM213 continue to fly and allow future generations to witness the aircraft in its true element, namely the air. The remainder are by and large persevered in various locations throughout the world, but remain well and truly grounded. Two others, NX611 is now capable of taxing at East Kirkby, Lincolnshire and FM-159 at Nanton, Alberta is able to run up at least one engine.