a/c is reported to have completed 19 operational sorties

Modification to Mk.,10P inlcuded 40 inch extension to the nose section to accommodate the AN/APS-42 navigation/weather radar, a can containing the UPD-501 passive intercept radar in the rear fuselage, an extensive array of antennas for radio. The bomb bay was fitted with two long-range fuel tanks and a pannier for baggage and spares.

One of a series of Mk10P Lancasters credited with photographing the vast majority of the Canadian high Arctic in the late 1940's and 1950's.

Lancaster KB882 was honourably retired at Dunnville, Ontario. On May 1st, 1964, the Crown Assets Disposal Corporation accepted a monetary offer from the City of Edmundston, NB for the purchase of the aircraft. Shortly after it was flown from DND 6 Repair Depot, Trenton, Ontario to Fredericton, N.B. where it waited for the Edmundston site to be completed. On July 14, 1964, Captain Joseph (Pepi) DiGiacinto, pilot; Flight Sgt Derek Miller, co-pilot; Gerry Flemming, radio operator; Captain Keith Wyatt, navigator and flight Engineer, Jim Cochrane brought KB882 in from her final flight. The crew touched down at the Edmundston Municipal Airport where she was mounted on a pedestal at St Jacques Airport in its last operational colours, (for a short while had been seen in wartime camouflage as 'NA-R' (Rabbit Stew) 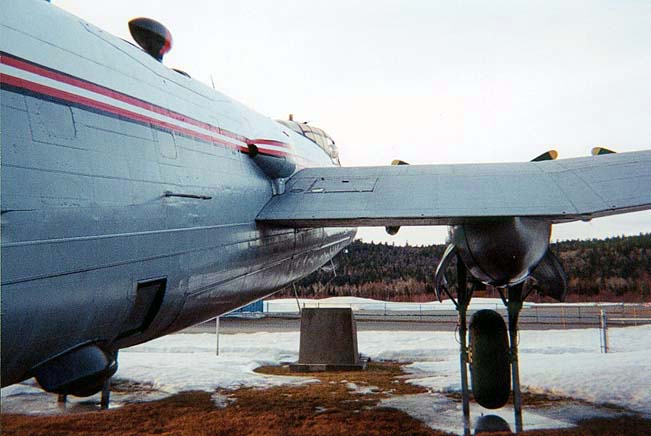