29/10/44: Take off 0114 Lossiemouth. Part of a force of 37 aircraft - 37 Lancasters - 18 from 9 Sqn, 18 from 617 Sqn, 1 Lancaster film unit from 463 Sqn - tasked to attack the Battleship Tirpitz in the Norwegian port of Tromso. With an approximate round trip of 2250 miles, modifications were required to all of the Lancasters. These included the removal of the mid-upper turrets and other non-essential equipment, plus the installation of additional fuel tanks giving a capacity of 2406 gallons. Although early reports from a weather reconnaissance Mosquito showed that the target area was clear, but the time the force had arrived cloud had covered the Battleship. This resulted in all 32 aircraft dropping their Tallboys on an estimated position and no direct hits were achieved. 1 aircraft, 2.63 percent of the force were lost - 1 Lancaster. The aircraft is reported to have attempted six bombing runs over the target before releasing its bomb, damaged by flak the pilot set course for Sweden and crash-landed in a bog near Projus, Sweden. Although F/O Carey is reported to have received an unspecified injury,  all of the crew survived the landing and were temporarily interned by the Swedish authorities before being returned to England.

As of 1997 the remains of the aircraft could still be found at the crash site. 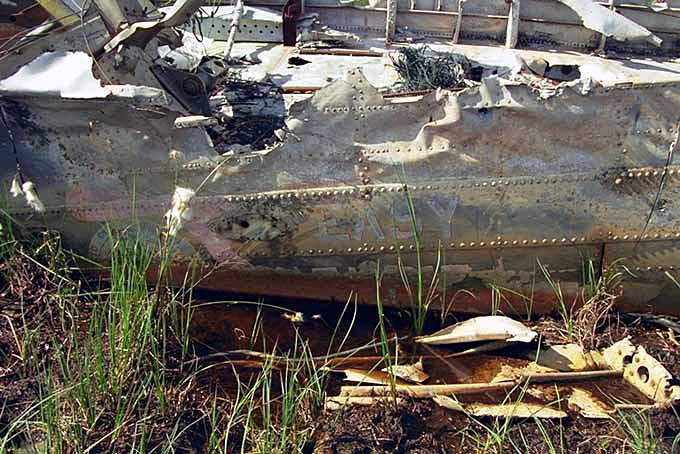 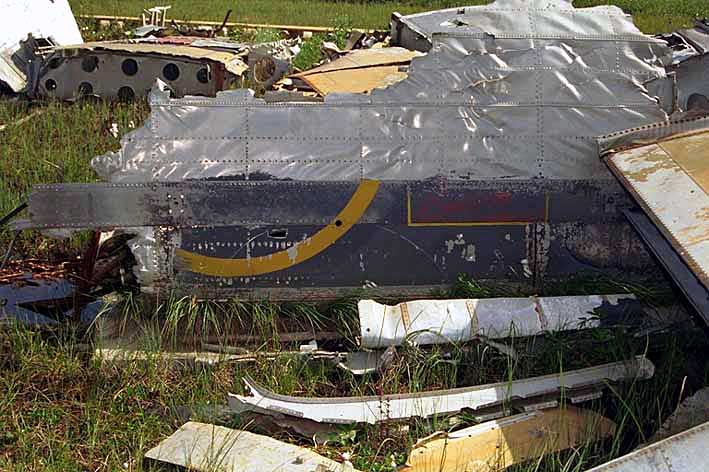