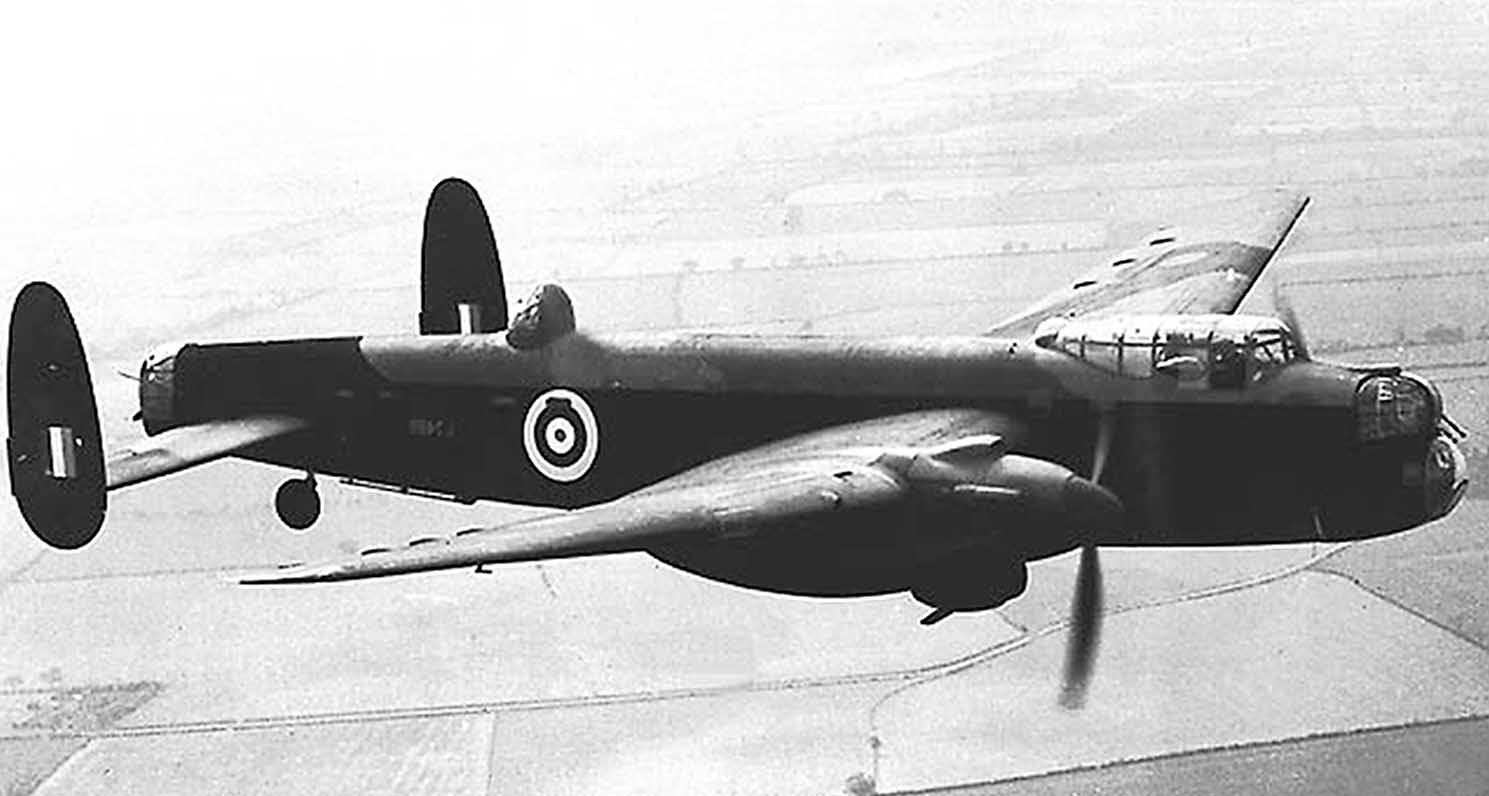 As was the case with the Handley Page Halifax. The Type 679 or Manchester as it was to become, was A.V. Roe's response to the Air Ministry's specification B.13/36 requesting designs for a twin-engined bomber.

Avro had, up until the time of submitting its design, been building the wooden and later tubular steel framed, canvas covered Anson. And therefore, had very little experience with aircraft made of all metal and stressed skinned construction. Their design also called for the use of the newly designed, but as yet unproven, Rolls-Royce 24 cylinder Vulture engines.

In April 1937, only eight weeks after Avro had submitted its design proposal. Authorisation was given to proceed with the construction of two prototype aircraft (L7246 and L7247).

By July 1st 1937, without working having begun on the construction of the prototypes, an order for 200 Manchester was placed by the Air Ministry under contract No. 648770/37/C4(c).

However, even with this newly awarded order, construction of the first prototype aircraft (L7246) was not begun until June 1939. And it would be July 25th, 1939; almost 21 months after the initial go ahead had been given, that the aircraft first ventured into the air.

Even with the prototype in the air and flight trails proceeding, development of the aircraft was far from complete. The Vulture engines continued to prove unreliable, and in flight ran extremely hot requiring the pilot to continuously nurse them. Engine bearing failures, caused mainly from lack of oil circulation, were also causing major problems. And much to the dismay of the Avro Engineers, it was found that the aircraft was unable to maintain height when flying on one engine. L4246 having to make emergency landings in a convenient field or more than one occasion during the trails. The Air Ministry too, were not helping things, as they continued to revise to requirements of the aircraft from those originally specified. Although, in most cases these changes actually deleted requirements from the aircraft, most of these initial requirements were already built into the aircraft and could not be easily "designed out" again.

Take-off's were also found to be longer than excepted and this problem was only corrected by the wing span again being increased from 82'-2" (25.04 m) to 90'-1" (27.46 m). A lack of directional stability, which indicated that the area of the tail fins was insufficient, was also discovered. And this problem was only corrected only after the entire tail fin assembly had been redesigned and the tail span increased.

Although, by no means problem free and with the reliability of its engines and hydraulic systems still very much in question. Avro Manchester Mk.I's finally entered service on November 6th, 1940 with when the recently reformed No. 207 Squadron, RAF stationed at Waddington. However, it would not be until the night of February 24/25, 1941 that the squadron would fly the Manchester on its first operational sorties against Brest.

In a strange twist of fate, even before the Manchester made its operational debut, it was already an obsolete and unwanted airframe. As far back as November 1940 the Air Ministry has decided to abandon the Manchester. But is obsolescence was made solely by the first flight of a totally redesigned Manchester.

This new design, which first flew on January 9th, 1941 and was initially designated Manchester Mk.III. Included Roy Chadwicks' decision to increase the main wing span to 102'-0" (31.09 m) and replace the troubled Vultures with four Rolls-Royce Merlin's.

As tests of this new design progressed and favorable results began to come in. Avro decided to change the name of aircraft to the Lancaster. Their hope being that by doing so, the Manchester's bad name amongst Air Ministry and the air crews who flew it. Would pass into history and would allow this new and promising aircraft to begin is service life with a clean slate.

Manchester's were to continue in service with the RAF until June 24, 1942, when the last squadron finally traded their aircraft in for a newer type. The aircraft was then relegated to training purposes, where they remained for a short period. Finally being totally removed from the RAF's requirements before the war's end.

Of the 200 airframes completed as true Manchester's and issued to front line RAF squadron's. A total 77 aircraft were lost on operations and an additional 20 were also lost in various accidents with those squadron's. A further 24 were lost during training flights with non-operational units, such as Conversion Flights. Combined losses therefore, were 121 or 60.50 percent of the original 200 aircraft. From those losses, 33 were directly due to engine failures - 12 on the squadron's, 21 on the training units. A further 28 aircraft lost during operations, were also thought to have been caused due to engine failure. But since the airframes and engines could not be examined there are classified as "Probably Lost Due To Enemy Action"